IT WAS A FRIDAY NIGHT, much like any other night during our third year of marriage. The light from the kitchen spilled into our family room as we watched yet another action movie (in which a good guy fought valiantly against a bad guy and won … surprise!). My husband and I had hardly talked before we sat down on separate couches. We watched the movie in silence. But my mind was racing. I wondered, “Are things supposed to be this dull already? Isn’t there more to look forward to on a Friday night than gore and guns? What happened to the romance?!”

It seemed like yesterday that we met at a friend’s wedding; back then, the spark was natural and effortless. I hardly even remember the wedding or the weeks that followed it — it never mattered where we went or what we did. Just having his attention thrilled me.

I didn’t feel like I had his attention that night, as we munched handful after handful of popcorn. I could’ve left the house in a flurry and headed out for a weekend getaway — and he still wouldn’t have noticed.

We had the occasional spat, but who doesn’t? We still enjoyed each other’s company. We were still in love. What was missing? Without any luck, I spent a week trying to figure it out.

Then, after a particularly rough day at work, I found myself craving his embrace more than ever. So, I waited on our front porch for him to come home. By the time his headlights rounded the corner, it had begun to sprinkle lightly, but I still waited to walk in with him. As he opened his car door, I suddenly saw the man who had once nervously asked me to dance the Chicken Dance with him. He was glowing. 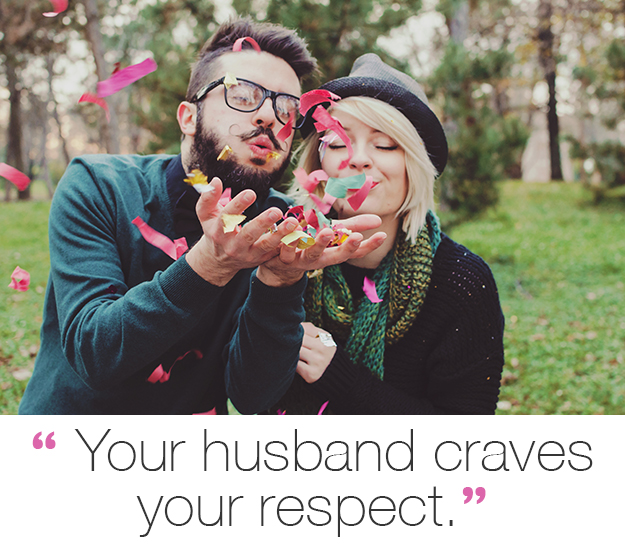 That night we talked, not just about my day, but about anything and everything we could think of. We never even turned on the TV — we had so much catching up to do!
“What changed?”

I realized later that the problem had not been a lack of romance or love or friendship. We had simply forgotten to remind each other that we still felt those things. I had long deluded myself into believing that my husband should constantly pursue me. But the truth was that he needed me to pursue him, too.

I don’t think we’re the only couple that has fallen into complacency and needed resuscitation. In fact, we need it on a regular basis. I’ve enjoyed finding new ways to liven things up. I’ve found that the simplest actions show him how I feel, far better than my words can. And I can see the difference in him. He is more confident and happy in the evenings. He plans more dates. Our marriage has come alive again.

If you find that your marriage also needs CPR, try moving towards your husband with these simple tips. Remind him that …

You Love Him
Send him a love letter via snail mail. Write about a special memory, or tell him what you love about him. He’ll never expect to find a message from you in the mail!

You Think of Him
When a song comes on the radio that reminds you of him, send it his way. You could send him a link to the YouTube video or even make him a mix CD full of songs.

You Are Happy to See Him
The end of the day can be a hectic time — there’s dinner to think of, children to shuttle, and tired feet to rest. But greeting your husband when he walks through the door is an easy way to make him feel welcome.

You Think He’s Sexy
Next time you give him a kiss, keep your lips locked for a little while longer. Reminding him that you enjoy him physically will immediately build his confidence.

You Think He’s Awesome
Brag about your husband! “Anxiety in a man’s heart weighs it down, but a good word makes it glad” (Proverbs 12:25). Let everyone know how awesome your hubby is, and watch his self-assurance grow.

You’re Proud of Him
Whether you realize it or not, your husband craves your respect. Author Steve Hall said, “The truest form of love is how you behave toward someone, not how you feel about them.” Telling your husband that you are proud of him will show him that he has your respect.

You’re Into Him
Say his name when you say, “I love you, _____.” Too often, this simple phrase becomes little more than a cliché. Take time to look into his eyes, say his name, and let him know you mean it.

You Want to Be Close to Him
On your next date night, sit on the same side of the table. This will be a great way to pursue intimacy with him. He will love resting his hand on your knee while you chat.

You Care About His Needs
Give him time for himself. Sometimes, your husband needs to pursue his own hobbies or relax with the guys. Suggest that he takes next Saturday to do things he loves.

This article is owned/copyrighted by CALLED Magazine, and it is used with the publication's permission. 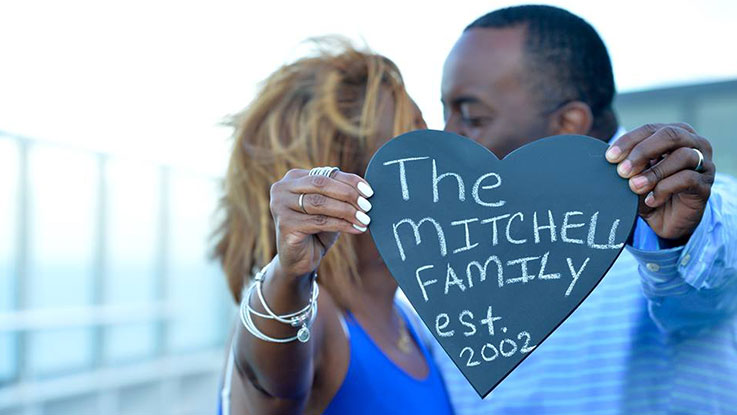 "Joel and Naomi offered us such useful insights into our current relationship and our future marriage during our pre-marital counseling sessions. The male-female perspective on marriage and relationships helped encourage us to deepen our compassion for each other. The 4 of us held hands in prayer for our session, our wedding, and our marriage at the beginning and ending of each session. Powerful!"

"Vicki and I met at church several years ago and started a friendship that grew into something more … marriage! We were very different yet unique individuals because of vast backgrounds, and we were embarking upon a "blended" household! It was a blessing to receive pre-marital counseling that explored our unique personalities and common love of God and family. Our discussions and meetings with Rev. Joel and Rev. Naomi allowed us to understand this God-centered commitment that would change our lives forever!"
~ Will & Vicki